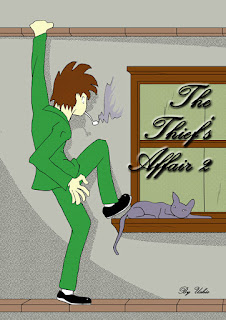 It's been over a year since the first issue of The Thief's Affair, but I've finally gotten around to finishing the next one!  To try and make up for the delay, issue 2 contains two chapters and feels a little more chunky and satisfying to hold.  More adventures in the city of Londra, as Jack finds himself in quite a tricky situation that will only escalate no matter what he tries.

Issue 1 is still available, so if you're new to the series it won't be hard to catch up!  Please keep an eye out for it at any of the comic events I'm attending throughout the year. 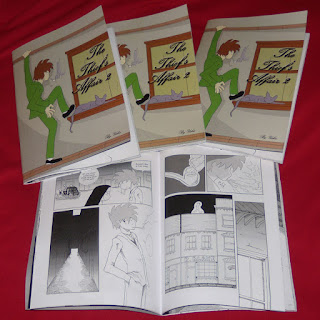